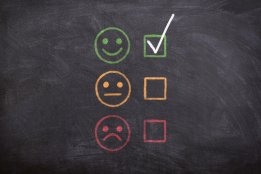 The much-feared spectre of widespread problems for ships consuming new very low sulfur fuel oil (VLSFO) blends since the start of IMO 2020 has, so far, failed to materialize.

So great was the worry that in October, Union of Greek Shipowners’ president Theodore Veniamis said he feared thousands of ships could suffer engine blackouts as a result of switching to the new fuels, leading to loss of life and anarchy on the oceans.

But if Ship & Bunker sources are any indication, if anything the new VLSFO fuels developed to meet the global 0.50% sulfur cap are presenting fewer issues than the HSFO they replaced.

Buyers and suppliers in regions across the globe have told Ship & Bunker that, on the whole, the switchover to VLSFO has gone smoothly. One major buyer even told Ship & Bunker they were experiencing fewer instances of off-spec fuel with VLSFO than they have been with HSFO.

Predictably enough, the main problem being experienced so far is with the sulfur content of the new fuels.

"Unfortunately there's been a lot of off-spec products received with sulphur above 0.5%," a large buyer in Northwest Europe and the Mediterranean said.

"The suppliers' samples are always ok, which means we are worried in case of controls, because the responsibility will fall on owners alone.

"Needless to say, the prices are sky-high."

Traditional commercial terms would allow for VLSFO with sulfur content up to 0.53% being considered acceptable and any subsequent claims likely to be rejected, but the IMO's own terms leave anything with more than 0.50% sulfur potentially being found non-compliant.

Complicating matters further is that barges, fuel tanks and pipes that have not been thoroughly cleaned since handling high sulfur fuel oil could leave VLSFO that was earlier tested below 0.50% considerably dirtier by the time it passes through them to the engine.

But issues related to sulfur content are more of interest to lawyers than engineers, and there will be great relief in the shipping industry if sulfur is the worst quality problem it has to handle this year.

"The switch went well and we haven't experienced issues with performance or fuel availability."

"The switch went well and we haven’t experienced issues with performance or fuel availability," the company's head of fleet technology, Ole Graa Jakobsen, told the Wall Street Journal this week.

But not everyone has had a positive impression of VLSFO so far.

In an interview last week with Value Investor's Edge, Ardmore Shipping CEO Anthony Gurnee said there have been "substantial problems" with the new fuels in some cases.

"We don't have any operational problems resulting at the moment, but we've heard of some ships that have had extensive damage to their main engines as a consequence of bad fuel.

"Overall we get the sense that the lead time for arranging bunker supply and the quality issues that are arising are turning out to be extremely disruptive."

Gurnee suggested some owners are buying additional marine gasoil as well as VLSFO to use in case they have problems with the VLSFO.

There have also been reports of problems that have since shown to be simple misunderstandings, such as the much-reported concern over elevated sediment levels.

Likewise, there have been reports of ships ditching their plans to lift VLSFO in favour if MGO, particularly in Asia, but this appears to be primarily driven by price rather than concerns over quality.

Given the apocalyptic nature of some of the warnings about VLSFO quality last year, the shipping industry can feel some satisfaction in how it has coped with the arrival of the new fuels.

It would be hasty to call those warnings overstated -- the relatively easy transition experienced so far may more reflect planning work done in response to some of the warnings, rather than being evidence the warnings were wrong in the first place.

Disputes over sulfur content remain a major irritant, and could become expensive later this year if port states start aggressively pursuing cases of non-compliance for fuels only just over the 0.50% limit.

But this is an issue that should resolve itself over time.

As this residue is gradually washed away, buyers' and sellers' impressions of the sulfur content of the fuels they handle should start to converge and fewer disputes will arise.

The shipping industry is in the process of coping with one of the biggest operational challenges any industry has faced in recent years -- the overnight shift into a completely unfamiliar category of fuel -- and owners and operators should feel relieved with their handling of it so far.

But Goldman and others still forecast steady recovery.