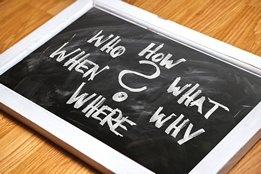 How, and how well, the upcoming IMO2020 rule will be enforced remains frustratingly unclear, and the Trident Alliance believes a lack of transparency from authorities over their policing plans remains a particular problem.

As such, with less then seven months to go before the new global sulfur cap on marine fuel lowers to 0.50%, the group says much still remains to be done, not least because only about one third of the 91 signatory nations of MARPOL Annex VI have any prior experience in enforcing sulfur regulations.

"It is important that all nations, including the approx. 60 without previous sulphur enforcement experience, are ready by January 1st 2020. Even for those with prior experience in national waters (incl. Exclusive Economic Zones), it is unclear how they will they will meet their enforcement obligations on the high seas," says Trident Alliance.

"One of the reasons it is unclear is because it is often difficult to determine how far nations have come in their 2020 preparations. There is a concerning lack of transparency from too many authorities on their enforcement arrangements."

Unless enforcement is seen to be robust from the start, can optimal levels of compliance with all its benefits really be expected?

That transparency can be a great enforcement tool in itself, they say, if combined with penalties for noncompliance.

"Knowing that nations are prepared and that there are grave consequences for gross, deliberate non-compliance will focus minds and make very clear that there is simply no business case for choosing to be noncompliant," the Alliance adds.

There are some positives, and the group, who has been pushing for consistent sulfur regs enforcement since 2014, notes several areas of progress with respect to enforcement have been made.

Those measures include a ban on carrying noncompliant HSFO set to come into play from next March, a new Bunker Delivery Note format requiring bunker suppliers to provide written confirmation that the fuel delivered is in line with MARPOL Annex VI requirements, and the introduction of better enforcement tools such as remote sensing technologies.

"The level of enforcement of the 2020 global cap change and the level of compliance with it remain unknown," Trident Alliance concludes.

"What's certain is the temptation for non-compliance will be significant. Unless enforcement is seen to be robust from the start, can optimal levels of compliance with all its benefits really be expected?"