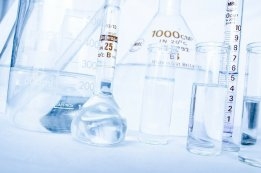 Disputes over marine fuel quality are on the rise, according to insurance provider Skuld.

The firm has recently seen an increase in bunker quality disputes between its members and bunker suppliers, the company said in a statement on its website on Wednesday.

The company recommends that chief engineers check at least the fuel's density, sulfur content, viscosity and quantity against the values quoted on the bunker delivery notes and certificates of quality.

"It is not always easy to check whether the purchased bunker is the same quality as the one being delivered, and bunker quality may differ around the world with different blending processes increasing the risk of contamination or low fuel quality," Skuld said.

"Some residual fuels have been used as a dumping ground for waste chemicals which cause serious damage to the main and auxiliary engines.

"We still see bunker cases with chemical compounds similar to what we saw in the Houston bunker contamination cases a few years ago."

'We Are Ready to Supply Methanol Tomorrow': Bunker One

The hearing was suspended on Tuesday after concerns were raised over the impartiality of one of the individuals hearing the case.