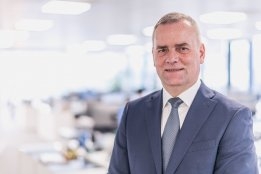 Bunker broker and trader KPI Bridge Oil saw a 70% jump in earnings in its financial year, the company said Tuesday.

The company posted earnings before tax of $28.5 million and revenue of $2.2 billion in the year to April 30, it said in an emailed statement.

"This was primarily achieved by a 10% growth in volume and a reduction in operational costs and expenses related to counterparty performance," the company said.

In February KPI announced it would be acquiring OceanConnect Marine. The deal is still subject to regulatory approval, the company said Tuesday.

"We were thoroughly prepared for the sea-change on 1 January," Søren Høll, CEO of KPI Bridge Oil, said in the statement.

"We anticipated the price increases caused by the introduction of new sulphur limits, and we were prepared for the increased demand for credit from owners and operators.

"Crucially, we also had both the financial strength and flexibility to provide the right solutions at the right time."

Earlier this month Saudi Arabia's foreign minister said a resolution to the dispute with Qatar was 'within reach'.