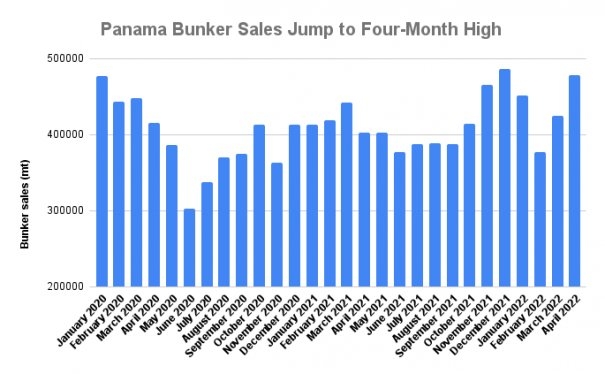 The Singapore bunker contamination problems from earlier this year appear to have benefited Panama's bunker market, with a surge in HSFO sales last month driving total volumes to a four-month high.

Panama's total sales reached 477,901 mt in April, according to preliminary data from the Panama Maritime Authority (AMP). The total was up by 14.5% from a year earlier, by 12.4% from March's level and the most since December 2021.

HSFO sales were the biggest factor behind the rise, gaining 97.6% on the year to 134,482 mt. The HSFO figure was the highest since December 2019, before VLSFO became the dominant bunker fuel.

Singapore's volumes showed the opposite trend last month, with a 12.1% year-on-year drop led by a 13.4% decline in HSFO demand. About 80 ships receiving contaminated HSFO in Singapore in February and March subsequently reported damage, according to the MPA.