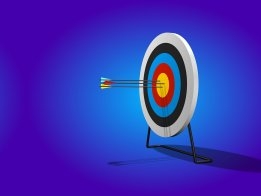 The IMO's current target is for shipping to at least halve its GHG emission levels from 2008 by 2050. File Image / Pixabay

A 2050 net-zero GHG emissions target for the shipping industry as a whole could potentially be achievable, according to Japan's MOL.

The IMO's current target is for shipping to at least halve its GHG emission levels from 2008 by 2050, but environmentalists are urging the UN body to increase that ambition to a net-zero target in a strategy review next year.

MOL has already set itself that 2050 net-zero goal, and believes it could be applied to the industry more widely as well, Ajay Singh, the firm's managing executive officer for global energy, said at the Argus Green Marine Fuels Conference in Rotterdam on Wednesday.

"The targets are realistic; I think they are potentially achievable," Singh said.

"But I would say it will not just be the shipping industry, but all the other sectors connected with it, not least the energy industry and also the regulatory establishments across multiple countries, if we get our act together in terms of looking at the joint picture."

But Singh also highlighted the scale of the challenge in setting up alternative fuel supply chains.

"Let's say we get into green or blue ammonia," he said.

"If you want to utilise it, you need something like 250 million tonnes a year or so, to meet the bunkering demand around the world. At the moment, the total traded volume of ammonia, which will be dirty ammonia, is about 20 million tonnes.

"Even if you say we need about 50 million tonnes per year of demand from clean ammonia, that's a huge task.

"So the most important thing is to make a beginning as soon as possible."

Biomethane from the Salamander project's proposed plant in Le Havre could be used as bio-LNG to fuel the container line's gas-powered ships.

Fast Energy currently holds a 35% stake in CCK Petroleum, and is proposing to increase that stake to 70%.

MOL transported an ISO tank container of ammonia from Abu Dhabi to Japan.