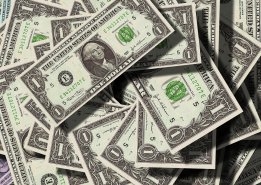 The company has acquired Prosmar Bunkering AS, encompassing the firm's Bunker Dashboard solution and Bunker Pricer module, ZeroNorth said in a press release on Tuesday.

Prosmar's two other services, Prosmar Risk and Prosmar Price Matrix, are not included in the acquisition.

Prosmar Bunkering will operate as an independent, standalone business with the same management team in place.

The acquisition will support ZeroNorth's growth strategy, as well as allowing it to offer 'more accurate' bunker prices, the company said.

"The bunker industry and its full value chain are integral to the process of decarbonising shipping," Søren Meyer, CEO of ZeroNorth, said in the statement.

"The 'business as usual' way of operating must now be fundamentally challenged if we are to propel the industry forward rapidly enough to save the planet and meet tightening regulations.

"We have a clear ambition to help the industry with its transition to clean fuels.

"By acquiring Prosmar Bunkering, we believe that we can further accelerate and pursue our goal to decarbonise shipping, together with the industry."

The acquisition is ZeroNorth's first since its $50 million capital equity raise earlier this year.

In December 2021 ZeroNorth acquired bunkering platform ClearLynx and subsequently integrated it into the firm as ZeroNorth Bunker.

The firm is looking for candidates with at least 10-15 years of experience.