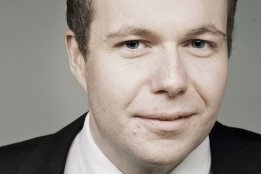 Owners and charterers will need to cooperate on bunkering and debunkering operations ahead of IMO2020 and this is likely to be a pressure point for disputes, lawyers at Wikborg Rein have noted.

Looking at BIMCO's new IMO 2020 Fuel Transition Clause, Senior Lawyer Andreas Fjærvoll-Larsen and Associate Mads Odeskaug note a particular issue is that owners and charterers have different responsibilities to complete what is essentially the single task of switching to 0.5% sulfur IMO2020 complaint fuel.

If, for example, a fuel system cleaning arranged by the owner is delayed beyond January 1, 2020 (the start date of the new sulfur rules) due to the charterer having delayed HFO disposal, it is not immediately clear who would be at fault for the vessel then being non-compliant.

Should the vessel was relying on a switch-over strategy of simply flushing the fuel system with complaint fuel, it is possible that a delay in similar circumstances could be such that the complaint fuel is still lifted before January 1, but then becomes non-compliant at the engine inlet due to residual product remaining within the fuel system.

Exactly who would be deemed to be at fault in such circumstances would likely have be determined on a case-by-case basis, the lawyers say.

BIMCO have tackled the issue by stating that owners and charterers must use "reasonable endeavours so that no later than 1 January 2020 there shall be no non-compliant fuel carried by the vessel."

However, Fjærvoll-Larsen and Odeskaug say this language may prove difficult to enforce as the meaning of "reasonable endeavours" is open to interpretation under English law.

Earlier this year, WR released a complete analysis of BIMCO's new IMO 2020 clauses. That article can be found here:
https://www.wr.no/en/news/publications/shipping-offshore-update-june-2019-nor-shipping/readiness-for-the-global-sulphur-cap-bimcos-new-imo-2020-clauses/

The new hire is based in the company's Copenhagen office.