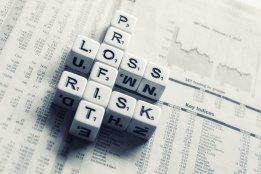 The major carriers are unlikely to avoid losses this year. File Image / Pixabay

Disruption to the shipping industry in the wake of the COVID-19 pandemic could cost the biggest container lines as much as $23 billion this year, according to consultancy Sea-Intelligence.

In a research note published Monday the company warned of a worst-case scenario in which boxship freight rates decline as much as they did in the aftermath of the financial crisis in 2009, bringing losses of $23 billion for the major carriers in 2020.

In its "most benign" scenario in which the carriers manage to see off a significant drop in freight rates, the consultancy still sees the companies losing $800 million as their freight volumes decline by 10% from 2019's levels, Sea-Intelligence said.

"The magnitude to a large degree depends on the carriers' pricing discipline going forward," the consultancy said.

"The development in freight rates will be important in the coming weeks, as that will determine the degree to which we will see even more agressive capacity reductions."

The incident affected the availability of MSC's website and some of its digital tools for a few days.