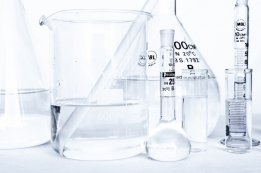 The working group has determined that there was a correlation between the elevated COC levels and equipment failure. File Image / Pixabay

The fuels working group of the International Council on Combustion Engines (CIMAC) has published new findings on chlorinated organic compounds (COCs) after researching the HSFO contamination problems in Singapore earlier this year.

CIMAC estimates more than 100 ships had operational problems after taking on contaminated HSFO in Singapore in February and March.

High concentrations of COCs were found in the fuel, with 1,2-dichloroethane showing the highest concentrations, CIMAC said in its report.

The working group has determined that there was a correlation between the elevated COC levels and equipment failure.

The organisation now recommends that marine fuels should not contain COCs, and that their presence should be kept below 50 mg/kg as a tolerable de minimis level.

The EN 14077 test method can be used to screen for the presence of total organic chlorine as a means of highlighting COC contamination. GCMS testing would be required to identify individual contaminants.

"It remains the responsibility of the fuel supplier to ensure that requirements for COCs are met," CIMAC said in the report.

"As such, the experts of CIMAC Fuels will continue the investigation in support of the industry towards final conclusions on the subject matter."

Report Identifies Areas Most at Risk from Ammonia Bunker Spill

The system takes bio-LNG fuel, extracts carbon from it to leave a hydrogen-rich gas, and then powers the ship's engine by running this gas through a fuel cell.