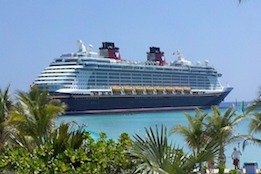 Walt Disney Parks and Resorts (Disney) has announced that Disney Cruise Line is set to receive another liquefied natural gas (LNG)-powered cruise vessel, adding to the two LNG-fuelled ships that company already has on order.

"Joining the other two new ships that were announced just last year, all three ships will be powered by one of the cleanest-burning fuels available, liquefied natural gas," said Disney.

"When all three ships are completed by 2023, Disney Cruise Line will have nearly doubled the size of the fleet."

LNG World News reports that the new delivery is scheduled for 2022, while the two previously announced ships are slated for delivery in 2021 and 2023.

No comment was provided by Disney on the price tag of the newbuild.