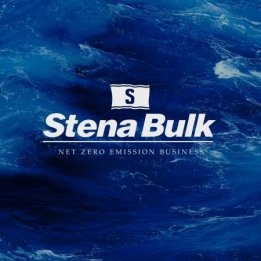 The first methanol-fuelled ship to be built in a partnership between Stena Bulk and Proman will be on the water next year.

Stena and Proman are jointly building three 'carbon-neutral-ready' ships capable of running on methanol or VLSFO, with the first due to launch in 2021, Stena said in a statement on its website on Thursday.

The carbon-neutral-ready label suggests that Stena is not confident of having a green methanol supply chain in place immediately, but will have the ship ready to consume methanol once it becomes available.

Stena aims to have carbon-neutral operations by 2040, and to be a fully net-zero emissions business by 2050.

"This will be achieved with a combination of measures: some of the company's vessels will be zero emissions, some will run on carbon-neutral fuels, and there will be carbon emissions offsetting programs in place to fully achieve the carbon neutral operations goal," the company said in the statement.

Methanol as an alternative bunker fuel has been something of a niche idea in the past, but this year has seen growing interest after AP Moller-Maersk said it would have its first carbon-neutral ship running on green methanol by 2023.

The ship "had to stop at sea due to an engine issue to to bad quality of fuel on 2 April."

Harley Marine entered the Singapore market in February 2016 and was listed as its 48th-largest supplier by volume in the Maritime and Port Authority's list for 2017.