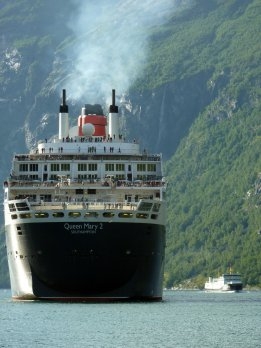 Capturing the shipping industry's carbon emissions at source may be one way of reducing its environmental impact. File Image / Pixabay

The possibility of installing carbon capture and storage on ships as a means of marine decarbonisation is 'technically and financially viable', according to scrubber manufacturer TECO 2030.

The company has completed its feasibility study of the technology's prospects in the shipping industry with Austria's AVL, it said in an emailed statement on Wednesday.

"The feasibility study jointly conducted between TECO 2030 and AVL has concluded that onboard Carbon Capture and Storage is technically and financially viable," TECO 2030 said in the statement.

"The next phase will be a pilot development and test for maritime applications, this phase will focus on verification and optimization of the technologies."

TECO carbon capture and storage technology can remove 30-40% of the CO2 emissions of a ship consuming about 15,000 mt/year of fuel, the company said.

TECO and AVL are working on the concept for a new scrubber design, the TECO 2030 Future Funnel, that can integrate carbon capture technology as well as the current emissions abatement technology that removes sulfur, nitrogen and particulate matter emissions.

The company has taken delivery of the Auto Advance after its construction at the Jiangnan Shipyard in China.

The firm plans to contribute about 500 million yen ($4.4 million) to the fund.