BIMCO Sees Almost Half of Newbuild Bulkers Come With Scrubbers 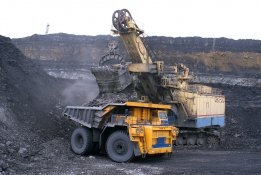 While enthusiasm for scrubbers as a means of saving money has dropped sharply since the crude price collapse, the dry bulk industry appears to be stuck with a large amount of scrubber-equipped tonnage, according to shipping body BIMCO.

Some 47% of dry bulk carriers delivered in 2020 have come with a scrubber, BIMCO said in a research note Thursday.

The scrubber installations appear to have fallen mostly on the larger ships delivered this year. Of the 96 Capesize, very large ore carrier and Valemax bulkers delivered in 2020 -- the ships that consume the most fuel -- only 13 will burn very low sulfur fuel oil (VLSFO) rather than using a scrubber.

Narrowing scrubber spreads in bunker fuel pricing will be an anchor on how profitable these scrubber investments will turn out to be, at least in the initial years following the delivery of the ships. The spread between HSFO and VLSFO at Rotterdam was $67/mt on Thursday, according to Ship & Bunker pricing, down from $298/mt at the end of 2019.

But BIMCO has pointed out that bulkers with scrubbers do appear to be earning well for now, with average 2020 spot rates for scrubber-equipped Capesizes outperforming equivalent ships without scrubbers by 27%.

Production at Honda's Swindon plant has been halted on Wednesday because of 'transport-related parts delays'.