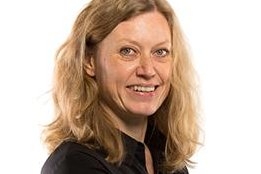 Testing of very low sulfur fuel oil (VLSFO) blends so far shows that the new fuels do not have higher aromatic content than high sulfur fuel oil (HSFO), according to classification society Bureau Veritas, as debate continues over the black carbon emissions from the new blends.

An International Maritime Organization document submitted by the German and Finnish delegations is currently being widely discussed in the industry, as it suggests some VLSFO blends with high aromatic content have higher black carbon emissions.

Environmental groups have called for a ban on fuels with high black carbon emissions.

VLSFO blends tested so far are generally more aromatic in nature than paraffinic, with a wide range of viscosities, Rojgaard said.

The comments from Verifuel tally with a wide range of industry voices that have suggested few VLSFO blends are likely to have higher aromatic content than HSFO.

The issue is expected to come up next week at the IMO, where the UN body's Sub-Committee on Pollution Prevention and Response is meeting.

Only 10 cases of non-availability of compliant fuels have been reported to the IMO so far.