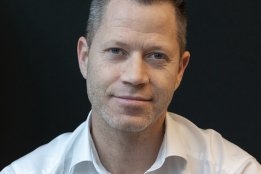 ZeroNorth is rebranding ClearLynx as ZeroNorth Bunker, having now integrated it into the wider ZeroNorth Platform.

The move follows the firm's acquisition of ClearLynx in January.

"This is not only a name change for ClearLynx, but also the launch of an improved and integrated Bunker Planner within the ZeroNorth Platform," comments made alongside today's press release noted.

“I am excited to launch this combined offering to our customers and the market, allowing them to benefit from integrated planning, procurement, and analytics on a single platform," said Kenneth Juhls, Managing Director, ZeroNorth Bunker.

"Our ambition with ZeroNorth Bunker is to support and enable bunker buyers, suppliers and traders to digitalise their operations, reduce bunker consumption, increase earnings and, ultimately, enable the decarbonisation of the shipping industry."

Clearlynx has been one of the longest running names in the digital bunkering space and was formed in 2014 when much of the technology components of former bunker brokerage LQM were spun out into a separate company.

Ship & Bunker understands that branding associated with ClearLynx, such as its website, will be taken down in the coming days.

The firm is looking for candidates with several years of solid sales and trading experience.

Meanwhile, a host of indicators suggest that global demand is weakening.