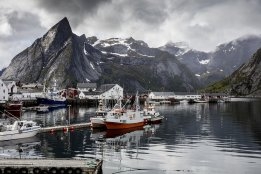 Environmentalists are seeking to ban the use of fuel oil in the Arctic. Image Credit: File Image / Pixabay

Canada is set to lend its support to a ban on the use of fuel oil in the Arctic at an International Maritime Organization (IMO) meeting next week, according to local media.

Transport Canada has announced its intention to back a ban on heavy fuel oil "with certain caveats" at next week's meeting of the IMO's Sub-Committee on Pollution Prevention and Response (PPR), Radio Canada reported Thursday, citing sources who were on a call between the Canadian authorities and key stakeholders in the country.

Transport Canada declined to confirm or deny the story, Radio Canada said, and will announce its position early next week after its delegation has spoken to fellow IMO members.

The move would make Canada the seventh Arctic country to back a fuel oil ban in the region, Radio Canada reported.