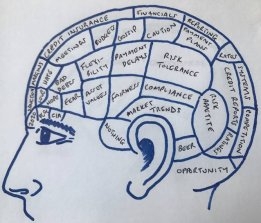 Know what they're thinking: inside the mind of a credit manager (file image: Bomin/Millar)

When the global sulfur cap falls to 0.5% in just over two years' time, most market observers believe that the new fundamentals are likely to produce a squeeze on the supply of suitable fuel oil to the market.

But what sort of pressures will be exerted on another, integral part of the bunker market, the supply of credit?

In a recent presentation at the Aracon bunker event, head of credit Paul Millar at physical supplier and bunker trader Bomin Group  outlined his views on the subject.

Higher bunker prices post-2020 may force some shipping companies out of the market while credit managers will also come under pressure to increase credit lines to cover increased fuel costs.

Millar argues that it will be those companies in the bunker supply chain least equipped to handle any inflated financial demands that will be most likely to suffer.

"A trader with deep pockets who can provide extended terms to customers will win more business than the trader who needs to keep a closer eye on his cash flow," Millar told Ship & Bunker.

And it will be the bunker players with the deepest pockets that will be best positioned to ride out post-2020 changes in the market.

But Millar can see some advantages flowing to the credit side of the industry from the inevitable shake up that 2020 will bring.

In his view, credit lines have gotten out of step with market realities.

"There was a time when customers knew it was a privilege to get open credit to help finance their business," Millar explained.

But as more players entered the trading space, the offer of credit became standard and more a function of competition between players. That in turn led to a looser market, as customers asked for preferential credit terms which, according to Millar, mean that "credit lines got out of line with the risks they were taking on".

This situation could change come 2020.

"If we see a reduced number of bunker intermediaries, coming at a time when the shipping sector is riskier given their enforced higher costs, credit lines might then be properly adjusted to match the risks involved."

In other words, intermediaries will be less likely to offer generous credit terms primarily as a way of attracting business as those terms will start again to reflect more closely the risk involved.

As far as the providers of credit are concerned, it is too early to say how they will respond to the post-2020 market.

"I am not sure if credit insurance providers have given much thought yet to the fact that fuel prices will spike in 2020," Millar said.

As credit insurance policy renewals extend into 2020, a better picture on that should emerge, Millar added, sounding a note of caution.

"Clearly, as commercial risks increase, an insurer may not want to play ball," he said

The organisation is forecasting global demand growth of 140 billion cubic meters in natural gas between 2021 and 2025.

The firm has joined Tokai University and Akishima Laboratories in a study aimed at optimising the hull shape for wind-powered vessels.