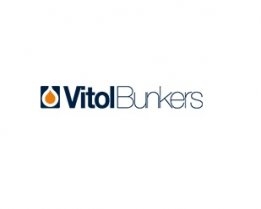 The company announced the launch of Vitol Bunkers in a brief emailed statement on Tuesday.

Chris Young will serve as VItol's global bunkering account manager, according to the statement.

"Vitol has for decades been a leading global trader in bunker fuels," Young said.

"Today, we are excited to be extending our services and we look forward to delivering the highest quality marine fuels to new and existing customers, across key locations."

Vitol already has a significant presence in the global bunker market.

The firm's Singapore marine fuels unit was listed as the city-state's 10th largest bunker supplier by volume last year after Vitol took over Sinanju Tankers Holdings and renamed its Singapore unit. Sinanju had been the 14th largest supplier on the list in 2019.

In Fujairah the company operates an 80,000 b/d refinery that is a key producer of VLSFO in the Middle East.

Vitol also owns half of bunker trading firm Cockett Marine Oil. The other half -- owned by South Africa's Grindrod -- is up for sale, Grindrod reiterated in its 2020 results statement in March.

Last month in a statement announcing its 2020 earnings, the company referred to 'business opportunities' in the bunker industry.

"We see business opportunities in particular sectors, such as bunkering in growth markets, including Asia and the Middle East, and are expanding our offering to capture these," the company said in the April 6 statement.

The company is working with Kawasaki Heavy Industries and Yanmar Power Technology on the project.