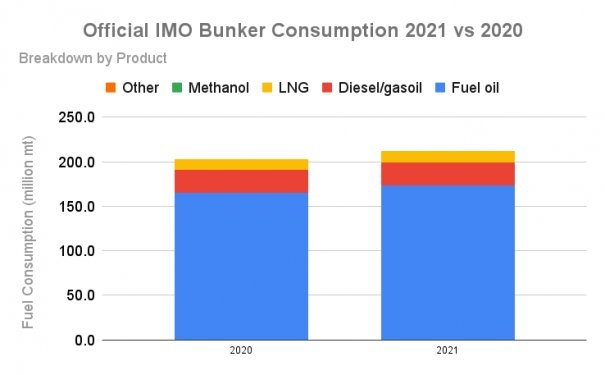 Global bunker demand gained about 3.8% last year as the global economy started to recover from the COVID-19 pandemic, but total sales remained just short of the level seen in 2019, according to the latest data from the International Maritime Organization.

The data comes from a report set before this month's meeting of the UN body's Marine Environment Protection Committee. The IMO requires all vessels engaged in international trade over 5,000 mt in gross tonnage to report their fuel consumption via flag states.

Extrapolating for the missing data, this would imply international bunker demand at 224.8 million mt for 2021, up by 3.8% on the year.

The remaining volumes from ships smaller than the size limit or those involved in domestic shipping may be significant, meaning the true figure for total global bunker demand including these figures may be several million tonnes higher.

The demand recovery indicated by the latest official IMO data is in line with the 3.5% gain indicated by the market demand surveys conducted by Ship & Bunker and BLUE Insight of volumes at 17 leading bunkering locations.

Taking the survey data for the first three quarters of this year, 2022 is heading for a 2.6% decline from 2021's levels, meaning the global total may drop again to around 218.9 million mt.

The 17 surveyed bunkering areas accounted for 138.5 million mt of demand in 2021, or around 62% of global demand. As shown in the market survey, demand change at individual ports has varied considerably.

The slight difference between the official IMO global figure and the market survey figure may indicate the demand recovery across the primary ports during 2021 was slightly greater than elsewhere.

Biofuel blends with conventional bunkers appear to have been grouped into the fuel oil sales category. 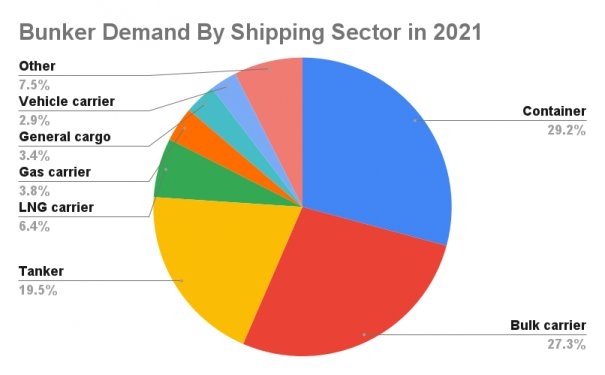 The IMO also breaks the data down by shipping segment, showing the different fates of the various vessel types during the COVID-19 pandemic. 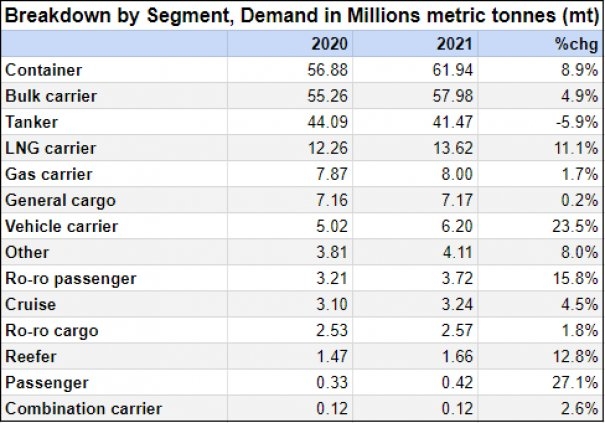 The company is looking for candidates with fluent English and at least one additional language, and a proactive approach to sales.