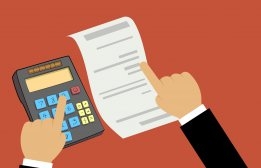 The white paper is based on more than 10,000 bunker deliveries around the world in 2019, the company said in an emailed statement.

"The final analysis of the VPS BQS data highlights the average financial losses relating to fuel delivery, per vessel per year, can be almost $100,000, even with low fuel costs at the time of writing," VPS said.

The report sets out the following areas where disputes can arise:

To receive a free copy of the white paper, contact VPS at marketing@v-p-s.com.

For an initial three years.