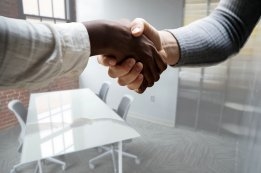 The new hires have all joined the company within the last few months. File Image / Pixabay

Bunker supplier GP Global has announced a series of appointments of bunker traders in its UAE and Singapore offices.

Malek Mostapha and Neethu Varghese have joined the company in the UAE, and Sascha Lulla and Travis Tey have been hired in the Singapore office, the company said.

Mostapha was previously with Unigaz Group and Monjasa, Varghese was with Nestor Marine DMCC, Lulla was with Praxis Energy Agents and Tey joins from the Asia-Pacific Exchange in Singapore, according to their LinkedIn accounts.

GP Global launched a new bunker supply operation in Jebel Ali earlier this year. In March the company told Ship & Bunker it was targeting bunker sales of 15,000-20,000 mt/month there, as well as sales of about 100,000 mt/month at Fujairah.

The company had also applied for a bunker supply licence in Singapore, it said earlier this year, but it was not awarded one alongside Minerva Bunkering and TFG Marine in April.

Storage Space Concerns May Limit Hydrogen's Use in Shipping

One of the main disadvantages of hydrogen is its storage space requirements -- as much as three times that needed for marine gasoil.