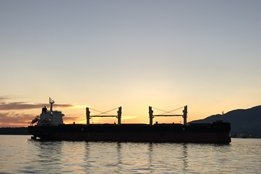 With the countdown to IMO 2020 well and truly on, the question of how the new rule will be effectively enforced has been front and centre of discussions ever since IMO announced in October 2016 the global 0.50% sulfur cap will come into force from January 1, 2020.

And while many see last week's approval of a fuel oil carriage ban as being a big helping hand for enforcement authorities, Euronav says their job will be made a lot harder because IMO made the "mistake" of permitting the use of scrubbers.

In recent months the number of scrubber orders has surged

"Installing a scrubber enables regulatory compliance with the continued use of non-compliant high sulphur fuel. But weak regulatory oversight means non-compliance in the open sea, whether through breakdown or malfeasance, cannot be effectively controlled," says Euronav.

"Refiners and oil producers have increasingly made clear that sufficient compliant fuel will be available. Scrubbers are therefore a loop hole which makes enforcement of the sulphur ban extremely complex, difficult to enforce and likely to facilitate non-compliance."

In recent months the number of scrubber orders has surged, with the latest numbers from DNV GL indicating there are now 1,850 vessels with installed or confirmed orders for scrubbers.

While this is a tiny fraction of the 60,000 ships that will be impacted by IMO 2020, less clear is what slice of global volume these vessels represent.

Kim Post Hansen has joined the firm's Hovedstaden office as a senior energy specialist as of this month.

The firm is looking for candidates with experience in a similar position as a consultant or executive assistant, preferably in an international company.

SunRui Marine Environment Engineering has received approval in principle from Lloyd's Register and CCS for its ammonia fuel supply system.