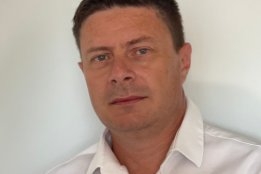 FOWE's technology centres on a process known as cavitation using its Cavitech device that allows for the emulsification of bunker fuel with water on land or onboard a vessel.

"What is unique about FOWE's technology is that we can produce strong emulsions without the use of additives," said Dean Mihalic, Chief Executive Officer at FOWE, who recently spoke to Ship & Bunker about its technology and recent trial with Scorpio.

Particulate matter [PM] is considerably reduced, and there are less soot deposits in the engine's combustion and exhaust parts when using the emulsified fuel

Mihalic says that lab testing has shown that when Cavitech combines the bunker fuel with fresh water, no additives or further processing is required to make a stable emulsion.

So far it has been shown that the emulsion will hold stability for six months without any issue, he added, and there are no major modifications required to the vessel in order for it to be used.

Burning the emulsion fuel then has multiple benefits.

"Particulate matter [PM] is considerably reduced, and there are less soot deposits in the engine's combustion and exhaust parts when using the emulsified fuel," Mihalic said.

"Firstly, the presence of well emulsified water facilitates a more complete combustion, which as discussed also reduces the PM residue. The second relates to Cavitech specifically as it breaks the longer hydrocarbon chains within the bunker fuel during the emulsification princess itself.

"This effectively eliminates any sludge or otherwise un-pumpable fuel from being left in the ship tanks which typically amounts to about 2% of the fuel lifted."

The fuel emulsion results in immediate fuel savings of around 2%, but savings of up to 5% are possible

The production and use of the water emulsion fuel was witnessed earlier this year by both DNV and CSSC, a MAN licensed engine manufacturer, while onboard Scorpio vessels.

As for the fuel itself, Mihalic said the trials have been performed predominantly using HSFO as the source bunker fuel as all Scorpio's vessels are fitted with scrubbers.

"Despite the fact that MGO is considered as challenging to emulsify, it is possible with Cavitech and this has been witnessed by DNV during our latest tests. As such, VLSFO can also be emulsified," Mihalic said.

Discussing how much water is used in the emulsion, Mihalics said it can vary depending on the desired result.

"We have tried with a range of blends - 10, 12, 16, and 19 percent water to fuel ratio, and noticed as expected that higher water content is better for the reduction of NOx, while lower values are better for fuel efficiency," he said.

The fuel emulsion results in immediate fuel savings of around 2%, but savings of up to 5% are possible.

Mihalic added that there is also scope to tune the engine for the specific emulsion fuel blend to improve CO2 reduction and drive improved fuel efficiency.

While Cavitech is safe to operate on board, the intention is to produce the emulsion on land and distribute it via the usual bunkering stations without disrupting the current supply chain.

The company has acquired the 9,600 DWT tanker the Monjasa Shaker -- formerly known as the Trinity Erk -- to add to its fleet in the Middle East.

The ideal candidate should have around 5 to 7 years experience.

U.S. Benchmark sinks to the $80s On Fears Of Global Fiscal Tightening

However, analysts believe oil prices will overall hold steady this year at about $101.