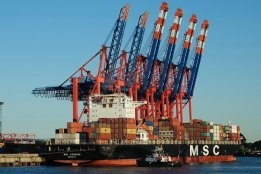 Emulsion fuel producer Quadrise is seeing the increasing popularity of biofuels in the shipping industry as a new entry point for it to market its production process.

The company was previously developing the idea of blending HSFO with water to sell to ships with scrubbers. This idea is being held back by increasing interest in renewables and lower HSFO production, Quadrise said in an emailed statement on Monday, while these factors may increase interest in its bioMSAR process creating emulsion blends from biofuels.

"In certain markets we are seeing that whilst the swing towards renewables and lower emission options is accelerating interest in bioMSAR and increasing the size of its target market, it is also creating some headwinds to hydrocarbon-based fuels and MSAR, despite the material cost, performance and environmental benefits of MSAR over project lifetimes," the company said in the statement.

"This phenomenon is being exacerbated by refinery reconfigurations in response to the changes in demand fundamentals driven by IMO 2020 and the COVID pandemic.

"Whilst not directly impacting our current trial and project activities, the result of these trends is that MSAR economic benefits for refiners have reduced, and in some cases become marginal, temporarily.

"We and others believe that this position will change when distillate demand increases and the HFO-distillate spread widens."

The company is now seeing increasing interest in the bioMSAR process, it said. The company is preparing to try out both MSAR and bioMSAR fuels on ships operated by container line MSC, and expects these trials to be completed by the end of next year.

"This work has taken a little longer than anticipated, as the availability of OEM and Class Society resources has been limited at times and the marine sector is stretched due to COVID and various evaluations and tests of future fuel options, though the project team expect these issues to be resolved imminently," Quadrise said.

"The most significant change during this period has been a desire from MSC to see bioMSAR testing significantly accelerated and for this to be the first fuel tested."

Dan-Bunkering, its parent company Bunker Holding and CEO Keld Demant were found guilty of sanctions breaches at a court in Odense on Tuesday.

The new hire joined the company this month.

The firm's LNG bunker barge FueLNG Bellina was launched in February of this year.