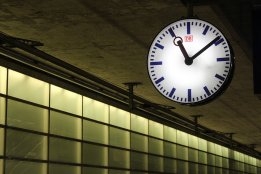 Narrowing fuel price spreads have seen the length of time taken for open-loop scrubber investments to pay for themselves increase to about four years, according to classification society DNV GL.

The price spread between very low sulfur fuel oil (VLSFO) and high sulfur fuel oil (HSFO), which shows how much shipowners with scrubber-equipped tonnage can save by continuing to burn HSFO, has narrowed to record lows since this year's collapse in crude prices.

"Bearing in mind now the fuel cost difference is only $50/mt, payback times are four years for open looped scrubbers and more than six years for closed-loop scrubbers [whereas] at the beginning of the year, payback times were one year," Platts cited Kock as saying.

A price spread of $200/mt would give a 'reasonable' scrubber payback time, according to Kock.

"From this, our estimations say it'll take between one and two years to pay back."

The meetings were of the IMO council, the subcommittee on implementation of IMO instruments and the joint IMO/ITU experts group on maritime radiocommunication matters.