Peninsula Lifts its Bank Liquidity to Over $800M Ahead of IMO2020 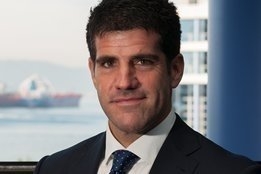 Peninsula Petroleum Group (PPG) has lifted its Asian receivables finance facility as part of its preparations for IMO2020, taking the group's bank liquidity to over $800 million.

The increase follows news in April that PPG had renewed its European receivables finance facility with an uplift of $100 million.

"We are confident that we have the right infrastructure and logistics in place and our worldwide platform is well positioned to face the challenges and opportunities which 2020 brings," said PPG CEO, John A. Bassadone.

"We are also grateful for the endorsement of our business model received once again from our two long standing Asian banking partners and from our entire banking group. We have aligned ourselves with the right stakeholders whom understand our industry and share the importance we place on compliance and the risk control functions within our business."

As one of the world's biggest bunker suppliers, PPG is among several major bunker industry players announcing expanded financial facilities ahead of the higher bunker price environment expected in 2020.