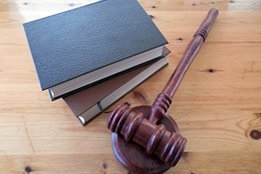 It is unclear how courts will view the oil and bunker price drop. File Image / Pixabay

A sudden and severe drop in oil prices has prompted talk of whether counterparties will look to default on bunker supply contracts put in place just a few months ago when prices were at their highest. Some believe that the risk to the industry is negligible, as the few not protected by an adequate hedging strategy are instead protected under the concept of force majeure.

This article explores why this may be true for some, but not all parties in a bunker supply transaction chain.

How Did We Get Here?

Last year the industry was preparing for a $4 billion jump in annual bunker costs. What it got was a 2020 with marine fuel prices at their lowest for several years thanks to both an oil price war, and demand destruction from an unprecedented slowing of the global economy in response to the COVID-19 pandemic.

In the run up to 2020 all guidance was that compliant bunkers would not only be priced high but supply would be limited, so those buyers that could put supply contracts in place accordingly.

It must be understood that many in the supply chain will have protection at this time through appropriate hedging. Others, however, will have inadequate or no hedging in place.

When the IMO 2020 grade VLSFO bunkers became widely available from last October spot pricing in major ports was around $540/mt, rising by early January to a peak of almost $700/mt.

Exactly what contract pricing players put in place is difficult to know for sure as this remains private, but by way of guidance, Euronav said last year it paid $447/mt for the VLSFO it intended to burn this year. Norwegian Cruise Line in February said its expected fuel cost net of hedges for Q1 2020 was $602/mt, and $560/mt for full year 2020.

With the cost of bunkers in the open market currently under $200/mt in some of the major ports, it's easy to understand why some buyers are looking to renegotiate or considering defaulting on those previously placed high-priced supply contracts.

It must be understood that many in the supply chain will have protection at this time through appropriate hedging. However, there will be some with inadequate or no hedging in place. Estimates vary as to what size this group of exposed players is.

So unprecedented are this year's events it has been suggested that any players in the bunker supply chain that are potentially exposed would be protected by force majeure - that is, the contracts can be declared void as one or more parties cannot perform due to an "act of God" or other unforeseen event beyond their control.

While this may well be true for some stakeholders, it will not be the case for all. As explained to Ship & Bunker by maritime lawyer Robert E. O'Connor, New York Office Managing Partner at Montgomery McCracken, it's complicated.

"'Force majeure' is not necessarily a contract clause; rather, it is an event that cannot be anticipated or controlled. It can be an act of God or an act of humans," O'Connor explains.

"Contracts may contain a 'force majeure clause' which is a contractual allocation of risk when specified force majeure events occur."

depending on the wording of the clause, it might also have to prove the event was unforeseeable and could not have been avoided

"In the absence of a force majeure clause, contractual performance may be suspended or excused by common law theories of impossibility, impracticability, frustration, and act of God," he adds.

"These defenses are difficult to prove, however, so many contracts contain force majeure clauses which specify various contingencies that will be considered 'force majeure events'."

How these contracts are ultimately interpreted depends on the jurisdiction. While O'Connor notes his guidance assume US general maritime law or New York state law applies, and bunker contracts regularly incorporate laws of other jurisdictions such as English law and Singapore law, the general analysis for force majeure should be roughly the same regardless.

"Even if force majeure clauses have a 'catch-all' such as they specify events 'beyond the control of the parties' affects performance, even that catch-all is limited by the 'Eiusdem Generis' rule that it should be interpreted in a way that's consistent with all the other listed force majeure events," O'Connor says.

"The party relying on a force majeure clause also has the burden of proving a force majeure event occurred.  Additionally, depending on the wording of the clause, it might also have to prove the event was unforeseeable and could not have been avoided."

The Importance of Timing

O'Connor's point on events needing to be unforeseeable is particularly important given the nature of current market pressures.

Last month, in a discussion by his colleagues Matteo Bonuzzi and Vincent M. DeOrchis of force majeure in the context of charter parties, they note that given the amount of worldwide attention on the coronavirus that close scrutiny will be given to any claim of force majeure due to COVID for contracts executed after December 2019.

What that scrutiny ultimately entails may vary, however, not only by country but by the court. As DeOrchis and Bonuzzi note, there is already a lack of uniformity even among the different U.S. Circuits as to what constitutes unanticipated or unforeseen.

An obvious point where courts may differ on COVID-19 is at what point did the pandemic become "foreseeable", if at all?

Application to the Bunker Supply Chain

Issues currently frustrating supply contracts arguably fall into two categories; those entirely due to COVID-19 measures, and those that are related to the collapse of oil prices.

Cruise, for instance, has been brought to a literal standstill due to government measures taken directly as a result of COVID-19. The vessels are now not moving so the price they agreed to pay for fuel is irrelevant; they may very well be unable to get to the supply points to lift bunkers. Whether force majeure applies is then a relatively simple function of whether the court views the COVID-19 measures as valid force majeure events, and if it does, was the contract placed before the pandemic's implications were foreseeable.

if a buyer's frustration with the contract is only the low oil price, it is much less clear if force majeure would apply than if the frustrations are related to COVID-19 alone

How the courts might view the collapse of oil prices is less clear. Certainly the COVID-19-related demand destruction has played its part, but so too has the various wranglings over production and pricing by Saudi Arabia and Russia in particular. Presumably the courts must ask themselves how low would prices be without the COVID-19-related demand destruction?

Thus, if a buyer's frustration with the contract is only the low oil price, it is much less clear if force majeure would apply than if the frustrations are related to COVID-19 alone.

The picture for intermediaries could be complicated further, particularly those who have pooled volumes from multiple buyers, where supply contracts with shipowners are deemed to be COVID-19 only frustrations but their separate supply deals with physical suppliers are viewed as being frustrated only by the drop in oil price.

The company took delivery of the LNG carrier Diamond Gas Crystal on May 31.