Bunker Industry Says it Needs $4 Billion Extra Credit for IMO2020. Will it be Enough? 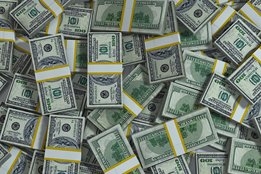 There has been plenty of speculation over what the cost of IMO2020 will be, but with 64 days to go until the global sulfur cap lowers to 0.50%, consensus is growing over exactly what that cost will be: the industry is going to need an extra $2-$4 billion in credit.

The calculation is relatively straight forward. Most consider global volumes to be 300 million mt sold annually at around $400/mt, which gives us a $120 billion industry. Assuming typical 30 day terms, this leads to the current credit requirement of $10 billion.

While those numbers seem a little convenient, they are supported by Ship & Bunker data that shows VLSFO is currently priced at around $560/mt, 40% higher than the baseline $400/mt used above.

While in some ports that puts the VLSFO premium over HSFO as high as 70%, keep in mind we should not read too much into current spreads as IMO2020 has also caused HSFO prices to be extremely volatile.

"We are expecting a 30-40% price increase which automatically leads to a liquidity need of $2-4 billion going forward," Platts quoted Lina Molfetas, senior bunker trader at KPI Bridge Oil, as telling the Greek Energy Forum on Wednesday.

"We need to be prepared; we need to make sure the credit facilities are here in order to enable the shipping market to carry on its healthy functionality."

The world's biggest bunker companies have been responding with impressive increases in their credit facilities.

For example, Bunker Holding in April extended its credit facility to USD $2.5 billion, while Peninsula Petroleum earlier this month announced its facilities had been lifted to over $800 million.

This is going to be a problem for everyone, no matter how big they are

Hot on the heals of its recent bunkering venture with shipping firms Golden Ocean and Frontline, Trafigura this month announced the closure of a new $1.5 billion equivalent facility, while World Fuel Services in July said it had increased its unsecured credit facility to $1.8 billion.

At first blush this seems like very good news for the industry, but of course the calculation over how much is needed is not quite as simple as it first appears.

Kounalakis also warned that "too big to fail" no longer applies and that sentiment has been echoed by Jason Silber, founder of Marine Credit agency SeaCred, who says the post 2020 increase in credit and counterparty risk applies not only to buyers, but perhaps even more so for suppliers.

"The amount of extra credit the industry will need is going to be more than just what is needed to cover the increased cost of fuel," he told Ship & Bunker.

"There will be disputes and yes, many expect there to be a spike in sulfur claims. But there will also be a rise in more complex disputes, such as owners / operators claiming bunkers are not fit for purpose and suppliers countering they were contaminated due to the vessel not adequately cleaning their tanks or fuel system. Such claims could take many months to settle, locking up supplier capital in the process.

"So the question for suppliers will be, how much of a safety net do I leave for when that happens? This is going to be a problem for everyone, no matter how big they are."

On August 15 the company detected a ransomware attack that accessed and encrypted part of one of its subsidiaries' systems.

The number of ships left inactive for scrubber retrofits sank to just 25 by the end of last month.