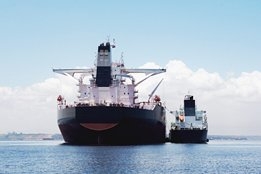 The facilities are a sizeable uptick from its initial plan for a USD $1.0 billion-equivalent facility.

While today's announcement made no reference to its marine fuel supply ambitions, the commodities trading giant has recently become more active as part of the IMO2020 bunker supply picture.

Among the most recent developments, in August Trafigura formed a bunkering joint-venture with shipping firms Golden Ocean and Frontline.