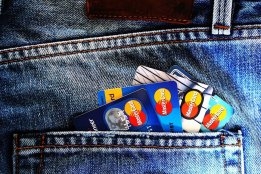 Credit is getting harder to come by. File Image / Pixabay

The tightening of access to bunker credit seen over the past two years could be seen as a good thing because it is delivering greater scrutiny of the industry, according to marine fuel supplier Delta Energy.

"I think it's clear to everybody that [credit] is an order of magnitude more difficult to come by now than it was 24 months ago," Morgan said.

"I don't think the banks historically have got the best record of pumping a lot of money into bunker companies -- they don't necessarily fully understand the business and the counterparty that they're funding.

"Now obviously there's a lot more scrutiny ... I feel this is something we as an industry should welcome; at the end of the day, you have to aspire to do things the right way.

"Historically, bunkering hasn't always done that in every case."

Access to credit is becoming more difficult partly as a result of rising oil prices that mean more credit is needed to cover the same amount of fuel, and also because of banks becoming increasingly wary of commodity trade finance after a range of fraud cases in recent years.

MAN Energy Solutions has been awarded the contract to replace the engine on the 3,600 TEU boxship Daniel K. Inouye.

The Mediterranean ECA proposal, potentially coming into force as soon as 2025, will be a key item on the agenda at IBIA's Istanbul conference in June.