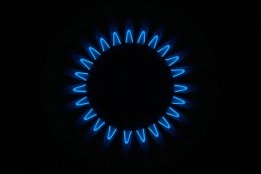 The debate over the environmental credentials of LNG as an alternative bunker fuel shows no signs of resolving itself. File Image / Pixabay

The latest in a series of fights has emerged in the increasingly repetitive debate over the environmental credentials of LNG as a bunker fuel.

This month's exchange has followed the familiar pattern: an NGO with longstanding opposition to LNG has published a new report picking holes in its green reputation, and the LNG lobby has responded with its own case for why it remains a valid alternative bunker choice.

Few minds will have been changed on the subject, and the main factor in shipowners' minds when considering gas-powered tonnage orders will remain whether they can afford the current high LNG prices.

In the latest instance, it was the ICCT on the offensive, publishing research last week arguing that, because of methane slip, even renewable alternatives to LNG like bio- and synthetic LNG will not deliver significant reductions in shipping's GHG emissions by 2030.

"For renewable LNG to significantly contribute to achieving climate goals, methane slip from marine engines needs to be virtually eliminated and methane leaks upstream need to be greatly reduced," the ICCT said in its report.

"Additionally, methane leaks from onboard fuel tanks and cargo tanks, which researchers are still working to adequately quantify, would need to be near zero. It is important for policymakers and stakeholders to understand that other fuels, including synthetic diesel and green methanol, could offer low life-cycle emissions without the methane problem."

"The ICCT's analysis, while forward looking, takes a static view on methane slip – it also does not appear to recognise the continuing improvements in engine technologies," the organisation said in a statement on its website.

"Levels of methane slip have been reduced by a factor of four since LNG-fuelled engines were first introduced at the turn of the century."

An ICCT representative did not respond to a request for comment from Ship & Bunker on whether its methodology accounted for improvements on the methane slip issue over time.

As CO2 output from vessels falls over pre-Covid times.

Gibraltar's government has stepped down from its major incident posture following the spill.