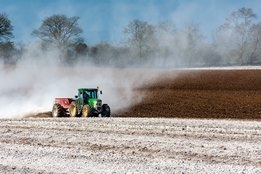 SulPure byproduct could be used as fertilizer. File Image / Pixabay

A startup backed by oil giant Saudi Aramco is looking to introduce a new type of scrubber system that addresses the two main criticisms of the current generation of technology; discharge from open-loop systems, and the need to collect and offload waste with closed-loop systems.

The solution from Daphne Technologies (Daphne) is to introduce a closed-loop scrubber where the by-product is ammonium sulphate, a substance commonly used as fertilizer.

"It's exactly the same as you find in normal centralised production of fertiliser," Daphne CEO Mario Michan says of his firm's "SulPure" system.

"There's no waste or toxic pollutants going into the ocean or the earth. Quite simply, it removes the sulphur and does something beneficial with it."

While the cost of the tech was not discussed in detail, ROI via reduced fuel costs was said to be around 12 months, a figure typical of other scrubber systems, while Installation costs were said to be half that of traditional scrubbers.

Daphne says it is currently developing a prototype of the system and has already lined up a number of pilot agreements with vessels for testing units in the Baltic.

In January Daphne received 4.9 million Swiss francs ($5 million) in investment from a number of companies including Aramco via its Saudi Aramco Energy Ventures (SAEV) unit.

The ports of Amsterdam, Rotterdam and Antwerp plan to introduce such a scheme by the start of 2022, following the example set by the Maritime and Port Authority (MPA) in Singapore.