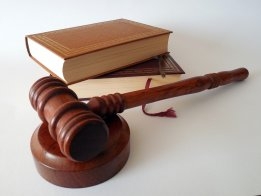 The hearing resumed on Wednesday after Tuesday's halt in proceedings. File Image / Pixabay

The hearing of the EU sanctions case against Dan-Bunkering at a Danish court has resumed after the judge dismissed an objection over impartiality raised on Tuesday.

Dan-Bunkering's defence had raised a concern on Tuesday over the impartiality of one of the judges, prompting the hearing to be halted for the rest of the day.

The concern was over one of the judges having served in the Danish military and wearing a shirt with the logo of US space agency NASA on it, Danish newspaper Fyens Stiftstidende reported on Wednesday. The defence took these as potentially signalling a lack of impartiality in a case involving the actions of the Russian military.

Witnesses from the Danish military are set to be heard later in the case.

The chairman of the court dismissed the objection on Wednesday, saying there was no doubt over the judge's impartiality, and the hearing resumed.

The case -- against Dan-Bunkering, its parent firm Bunker Holding and CEO Keld Demand -- revolves around 33 jet fuel deals with Russian counterparties in 2015-2017 where the oil ultimately ended up in Syria in breach of EU sanctions.