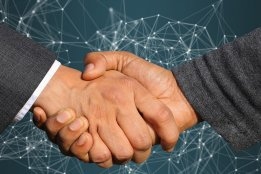 The deal includes the option for adding the systems to two more vessels. File Image / Pixabay

CMES has ordered the systems for four 175,000 m3 LNG carriers being built at Dalian Shipbuilding Industry Company, Silverstream said on Twitter on Wednesday. The contract includes the option for adding the systems to two more vessels.

The installations will be carried out over the next two years.

The systems save ships 5-10% in fuel bills by allowing the ship to ride on a bubble of air, reducing the friction between the hull and the surrounding water. The fuel saving also cuts emissions, a key consideration ahead of upcoming GHG regulations for the shipping industry.

The new hire was previously a manager at UK-based SE Bunker Fuels from October 2019 to November 2022.