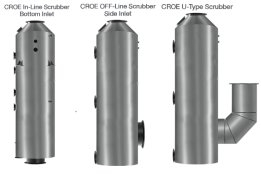 Eagle Bulk expects its $100 million investment in scrubbers to have paid for itself by the end of this year, within two-years of the start of IMO 2020.

The firm was a relatively early mover on adopting scrubbers to meet the IMO 2020 regulation, announcing its decision to invest in the technology in September of 2018 - just a few months after analysts were still baffled why the uptake of exhaust gas cleaning systems has fallen so short of official projections.

Eagle Bulk's $100 million investment ultimately saw it equip 47 of its of supramaxes and ultramaxes with scrubbers, a substantial 89% of its fleet.

The move proved to be an outlier among its peers, who felt that scrubbers would be better suited to the larger capesize bulkers where returns from the more thirsty vessels would be higher.

But this worked in Eagle Bulk's favour, as rates were then set based on the majority of similar vessels burning the more expensive VLSFO fuel.

The prompt payback on its investment has also been helped by its hedging strategy. In 2020, following the collapse of oil prices, the firm was still saving around $150/mt when the spot high/low sulfur spread was a little over $50/mt.

In comments today from CR Ocean Engineering (CROE), the firm who supplied the scrubbers, its former president and chief operating officer, Nick Confuorto, congratulated the shipowner-operator for its vision.

"It brings us great satisfaction to have helped reduce emissions while helping our clients recoup their investment in our technology. Their vision is now paying off," he said.

Simon Madsen has joined TFG Marine as a bunker trader in Houston.

But analysts say market is too tight for more losses to occur.

Earlier this week the company refilled its floating storage tanker the Gladiator with tens of thousands of tonnes of fuel oil over a 30-hour operation.