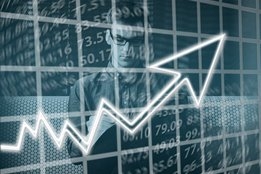 Even before this summer's explosion of interest in marine scrubber technology, Ship & Bunker was answering the question of whether it was too late to order a system in time for the upcoming "IMO 2020" global 0.50% sulfur cap on marine fuel that comes into force from January 1, 2020.

But with expectations for installations having rocketed in recent months, many are asking how the new demand predictions could possibly be met.

Goldman Sachs, for example, is now forecasting 3,125 scrubber installations by 2020. This is triple the ~1,000 vessels thought to currently have scrubber systems installed or on order.

While the increased demand could be met by existing players upping their capacity, the investment bank instead sees it being met by new players.

We believe that scrubber manufacturing has low barriers to entry

"While the larger players have reported longer lead times, we expect new/start-up companies to grow rapidly to meet demand," Goldman wrote in its recent research report, "IMO 2020 - Challenging but Solvable".

"We believe that scrubber manufacturing has low barriers to entry and that capacity will in fact likely rise relatively quickly. In particular, we believe several smaller manufacturers are already looking to take share from the dominant players."

Further, the analysts believe scrubbers are not technologically complicated, there is sufficient supply of the right materials to supply a large market, and there are no installation constraints either.

"Based on our conversations with scrubber manufacturers, these can be installed either in drydocks or at ports, and with excess shipyard capacity in China, we do not expect space to be a problem," it said.

Wartsila, Alfa Laval, and Yara currently represent 75% of the market, according to Goldman, who sees little incentive for these players to increase capacity.

"The sector represents a small share of their earnings, and the opportunity is likely to be short-lived and may not justify a major disruption to their workforce," the analysts reason.