INSIGHT: Is it Really Too Late to Order a Scrubber in Time for IMO 2020? 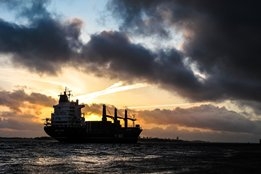 Scrubbers. The technology more politely known as Exhaust Gas Cleaning Systems (EGSAs) will enable vessels to continue burning the same HSFO bunkers they do today after the global 0.50% sulfur cap on marine fuel comes into force on January 1, 2020. Everyone else will be burning more expensive 0.50%S LSMGO or, if they can get them, VLSFO blends.

Industry talking heads love scrubbers, and have been repeatedly telling us that the economics are a slam dunk.

Shipowners? Not so much. For a variety of reasons, uptake of the tech is less than half what initial IMO estimates predicted.

But only weeks after Viswa Lab's Dr. Vis predicted there would be a surge in interest akin to a stampede of wildebeest in Serengeti Park, DNV GL reported interest in the systems had risen dramatically.

So, is it really too late to order a scrubber in time for IMO 2020?

The short answer is no, it is not to late to but a scrubber in time for 2020. But from speaking to a number of manufacturers, Ship & Bunker understands the reality is that the scrubber market has now changed from one where shipowners are telling manufacturers when they want deliveries, to accepting when they can get deliveries and plan dry-dockings accordingly.

Things also vary from manufacturer to manufacturer, and while some have indeed stopped taking orders, the majority have not.

"We have won a significant amount of scrubber orders this year but can still take many others if clients wish to purchase," Nick Confuorto, President and COO of CR Ocean Engineering LLC, told Ship & Bunker.

Anders Skibdal, CEO at Pureteq, says his company is in a similar position.

"There is still capacity in the market, but shipowners will now have to be flexible as to when there are available slots in the production," he told Ship & Bunker.

"For instance, we recently took an order that will be commissioned later this year. But Pureteq are among several manufacturers now taking options through to 2023 to enable ship-owners to secure a position on the installation timetable. In some cases, shipowners want to use the planned docking dates for the vessels hence they opt for installation until 2023. In other cases, we find some parts of the supply chain are now fully booked and so new scrubber orders cannot be installed prior to the January 1, 2020 deadline."

Skibdal's latter point is important to appreciate:  Ordering a scrubber is one thing. Getting it onboard and working is another.

"It involves order negotiations, vessel laser surveys, detailed design and engineering calculations, Class drawing approvals, material and equipment stocks, fabrication, pre-installation preparation, installation, post installation work, and then commissioning and approval by FS. There is more than one of those steps which has now become a bottleneck for some buyers," Exhaust Gas Cleaning Systems Association (EGCSA)'s Director, Don Gregory, explained to Ship & Bunker.

If your compliance plan involves a scrubber and you don't already have an order secured, act today

"There is also a reluctance to over-trade as the EGCS business, although high value, is also high risk without the commensurate return on the risk factor."

Another problem is that shipping - and world trade in general - is under immense pressure at the moment. Many major stakeholders, including banks, are exiting the maritime shipping business.

"Unfortunately, low or negative returns has become pervasive across the shipping industry. It is causing many suppliers to question its long-term attractiveness," says Gregory.

Still, scrubbers seem to be a bright spot on an otherwise bleak industry outlook, with both Deutsche Bank and DVB Bank recently making bullish comments on the commercial advantages of companies that have chosen to adopt scrubbers.

DHT Holdings, Inc. (DHT), meanwhile, this month said its scrubber equipped tankers could potentially create a "super-profit" for the ships, while John Fredriksen's Frontline last month was so impressed with the case for scrubbers it not only placed an order for up to 36 of the systems, it is also buying a 20% stake in their manufacturer, Feen Marine Scrubbers Inc. (FMSI).

The bottom line? If your compliance plan involves a scrubber and you don't already have an order secured, act today.

NGOs and LNG advocates trade views on wether methane slip mars future pathway for synthetic LNG, but few minds will have been changed on the subject.

The firm supplied NYK's bulk carrier the M/V Frontier Explorer with a biofuel-VLSFO blend in Singapore on July 5.