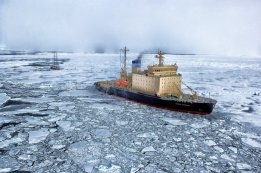 Environmental group HFO-Free Arctic has stressed the urgency of acting to reduce the impact of shipping on the region, pointing to data showing a sharp rise in black carbon emissions there in recent years.

There was a 73% rise in black carbon emissions between 2015 and 2019 from ships using heavy fuel oil in the Arctic, the NGO said last week, citing an upcoming report from the International Council on Clean Transportation.

Black carbon emissions have a particularly detrimental environmental impact in the Arctic, and NGOs have been campaigning for several years to force ships to burn marine gasoil rather than fuel oil in the region to reduce this pollution.

They have continued this campaign in 2020 despite the switch from high sulfur fuel oil to very low sulfur fuel oil (VLSFO) -- which the majority of the bunker industry is convinced should already have delivered at least some reduction in black carbon emissions.

"It is clear that there is considerable uncertainty around the composition of the new VLSFOs, the relative importance of the paraffinic and aromatic content and the emissions that result from these new fuels," HFO-Free Arctic said in last week's statement.

"A switch to distillate for ships operating in and near to the Arctic, where the impact of black carbon emissions is even greater, is feasible now and is urgently needed."

But OPEC thinks demand will recover slower than predicted in 2021.

State oil firm to export fuel to US Gulf.

Another Big Drop for Panama Bunker Sales, Down 19% in November

After demand for the proceeding two months had shown somewhat of a recovery.