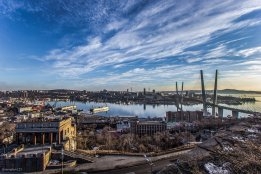 Alexei Repin has joined the firm as of this month with a focus on the Russian Far East, based in Seattle, according to an update to his LinkedIn profile.

Repin was previously a New York-based trader for KPI OceanConnect and OceanConnect Marine for the past eight years, and had earlier worked for World Fuel Services.

As smaller players feel the heat.