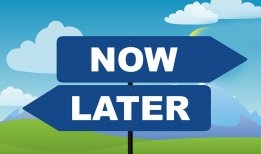 Shipping company DHT Holdings has postponed some of its scheduled scrubber retrofits as it seeks to maximise its income from current strength in the tanker market.

The company has paid $49.2 million for scrubber retrofits so far, it said in a first-quarter earnings report released Tuesday.

"The company now has 13 vessels with scrubbers, while five vessels have been postponed due to the strong market conditions," DHT said.

The company did not mention narrowing price spreads between very low sulfur fuel oil and high sulfur fuel oil, which have prompted some other owners to postpone their scrubber retrofits where possible.

DHT has 27 VLCCs in its fleet in total.

The company's bunker expenses climbed by $7.3 million in the first quarter compared with the same period a year earlier, DHT said.

US Refining Firms Take to Court Over Bunker Desulfurisation Patent

The technology involves using a hydroprocessing unit at a refinery to remove the sulfur from HSFO while preserving its other qualities.