Batteries Have Power to Transform Cruising 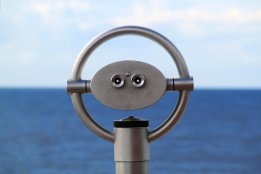 When afloat, the ship will use two batteries of 680 kW. However, space allocated to house the batteries has room for more. The company views the battery power sector as having great potential and is planning ahead for future developments.

"You can buy and install it with the current technology," said chief operating officer Tor Geir Engebretsen as quoted by maritime publication Passengership Technology.  "But ongoing development means you can wait and then make it five times bigger for capacity,"

The ship will use the battery power to support conventional propulsion at peak loads, called peak shaving. Or revert to total battery power operation, for example, if close to a polar bear. Later on, bigger batteries would allow for electric-only sailing.

Electric power is a cleaner fuel. And some ports actively promote its use via 'cold ironing' facilities for ships and, in particular, cruise liners, which can keep engines ticking over when docked thereby contribution to poor air quality in ports.

But bad air can also be evident on ships at sea. Unofficial research ( ie non-peer reviewed) taken onboard cruise ships in Alaskan waters for an environmental group recorded poor air quality on deck at levels akin to that found in the most polluted cities. The report was carried by Alaska Public Media.

The company has recently made some bookings paying as much as $72,000/day.

The company has delivered more than 300 of its scrubber systems to shipping companies so far.

The company previously announced in April that it would not be applying the surcharge in May.