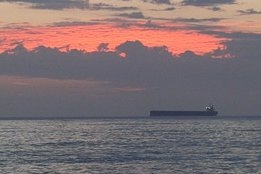 The shipping industry is renowned for its cautious approach to the adoption of new technology. File Image / Pixabay

Over the last year Ship & Bunker has reported that a number of companies are looking to apply their desulfurization technology in the marine fuels industry.

At first blush it is a compelling proposition: By removing the sulfur and leaving everything else unchanged, suppliers can create compliant fuel with the same characteristics and engine compatibility as the HFO in use today, all for a price that is lower than the default IMO 2020 complaint fuel choice of MGO.

Indeed, one such company, Genoil Inc. (Genoil), last year said it was in advanced discussions with both shipowners and suppliers over the use of its Hydroconversion Upgrader (GHU).

Today, the company says that while interest in its technology remains strong, several factors mean it has yet to announce a customer within the marine space.

"Nothing can be confirmed at this stage due to commercial confidentiality. However, what we can say is that there is a lot of appetite for a technology that could potentially reduce bunker spend by significant margins, without the capital expenditure of installing a scrubber unit onboard a vessel."

As for the reasons people are holding back on taking that next commercial step, Abbott said it was a familiar story of uncertainty, caution, and tough market conditions.

"The shipping industry is renowned for its cautious approach to the adoption of new technology and many shipowners and operators – and fuel suppliers – are still adopting a 'wait and see' approach in regard to deciding which route to compliance to adopt for 2020 low sulphur fuel," he said.

"Finance and investment remains a major issue for the sector, and there is still much uncertainty regarding the availability and accessibility of low sulphur fuel, blended or distillate fuel and heavy sulphur oil post-2020. Nevertheless, there is a lot of recognition that the payback period for Genoil's GHU technology is very attractive based on the projected spread between low and heavy sulphur fuel."

Speaking to Ship & Bunker earlier this month, Kerri McGrath, VP Business Development, said that IUT remains on track to deliver a commercial version of its HFO desulfurization unit later this year. This will be the second generation of their technology, having previously released a commercial version for processing lighter fuel oils.

"We have already filed our first provisional patent for its application on HFO and will be looking to further hone in on its process with at least three more patents in the works," she said.

Funding is paramount for solution providers like ours, which at this stage will enable us to continue to work with our University partners to make the necessary adjustments to our technology

McGrath says that, like Genoil, IUT is still looking for a customer within the marine space but that is not a reflection of the level of interest.

"We have had a lot of enquiries about our technology. Within the first quarter of 2018, we've experienced a resurgence in activity and we've been getting a lot of calls. There is a lot of interest, and we are actively engaged in different stages of due diligence with a few prospective clients," McGrath told Ship & Bunker.

"We will continue to look for the right industry partner(s) worldwide, who too see the intrinsic value of our offering, which we believe given our unit's small footprint and efficient process gives us the ability to offer a unique turn-keyed solution.

"Funding is paramount for solution providers like ours, which at this stage will enable us to continue to work with our University partners to make the necessary adjustments to our technology which includes time, residence, chemical and catalyst tuning with dedicated resources, with the potential to work different Feedstocks in parallel."

The elephant in the room for desulfurization is that some believe it simply does not work, at least not as advertised, and both companies also continue to work to prove the sceptics wrong.

In the case of Genoil, Abbott says the firm has sent high sulphur crude oil samples from Pemex, (the Mexican State-owned petroleum company) to the UFA Scientific Research Institute of Petroleum Refining and Petrochemistry located in Bashkortostan to be converted into low sulphur crude using its GHU technology.

"This will demonstrate the commercial viability of the technology and will also support the engineering and design feasibility of a large-scale commercial GHU facility," he said.

With the uptake of scrubbers lower than previous official estimates had predicted, the use of compliant fuel is all but certain to be the choice of the vast majority of vessels when the new cap comes into force on January 1, 2020.

The two firms are joining forces to launch sales of a 0.1% sulfur biofuel bunker blend.

Germany's DekaBank is the latest firm to sign up to the framework.

But prohibition on provision of marine insurance services may stay.