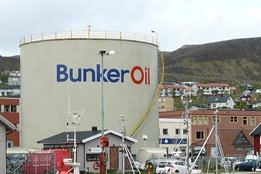 The comments follow observations by Nautical Supply International Ltd (NSI)'s Paul Hardy Monday who, writing for Ship & Bunker, suggested that while it might be sourcable, keeping barges as designated HSFO with only limited demand for supply "may be more tricky."

Speaking this week at an industry event for the refining and petrochemical industry held in Athens, Greece, IMO's Edmund Hughes said there will be no delay to a 2020 start date for the new sulfur cap, but how to ensure consistent implementation of the new rules was still the subject of "important discussions."

Consistent implementation is the only option when it comes to the 0.50% limit on sulphur in fuel oil

Those discussions are set to take place at the next session of IMO'S Sub-Committee on Pollution Prevention and Response (PPR 5), both at its session in February 2018 and during an intersessional working group to be held later in 2018.

"Consistent implementation is the only option when it comes to the 0.50% limit on sulphur in fuel oil, which comes into force in 2020," IMO said in a statement following Hughes' presentation.

"Compliance, enforcement and monitoring will be the remit and responsibility of both flag States and port States. The bunkering industry will also have a part to play in ensuring high sulphur fuel oil continues to be supplied to ships equipped with approved equivalent methods, such as exhaust gas cleaning systems or 'scrubbers'."

As Ship & Bunker reported last month, IMO is also set to debate whether there should be a HSFO carriage ban for vessels that are not equipped with a scrubber.

Denmark's frigate the Esbern Snare has arrived in the Gulf of Guinea to patrol in the area and discourage piracy.