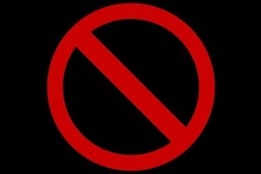 Banning carriage of HSFO to be considered (file image/pixabay)

Come January 1,2020 only burning bunker fuel with 0.50% sulfur will be permissible unless a ship is equipped with exhaust abatement technology, also known as scrubbers or was unable to secure 0.50% fuel when taking on bunkers.

That is a done deal as was made clear during the recent London International Shipping Week. Having set the regulation, the key question now is how best to enforce it.

As the regulation stands, MARPOL Annex VI, which is the International Maritime Organization's (IMO) set of rules on pollution and the environment, stipulates the sulfur content of bunker fuel but does not stop a ship from carrying high sulfur fuel oil (HSFO).

The relevant IMO sub-committee will meet in February to discuss how the sulfur cap can be implemented.

At that meeting, an earlier proposal to simplify enforcement by introducing a ban on the carriage of high sulfur fuel oil as bunkers on ships without scrubbers will be discussed.

According to Unni Einemo, who is the International Bunker Industry Association's (IBIA) representative at the IMO, the question to answer is this:

"The question is whether most IMO member states believe the existing regulatory framework is sufficient to ensure that ships comply with the applicable sulfur limits, or whether they believe it is necessary to enhance the ability of PSCOs (port state control) to take action against non-compliance occurring in international waters, which is currently the responsibility of the flag State."

Within the bunker industry, players are keen to see a level-playing field established at the outset. If enforcing the sulfur cap is weak, so the argument runs, some players may be tempted to exploit that to gain competitive advantage in the market. A grouping of industry players called the Trident Alliance was formed to make the case for a tough compliance regime.

By contrast, many analysts continue to worry about supply shortages.

The synthetic methanol start-up has produced a life-cycle assessment analysing the potential emissions of its product.