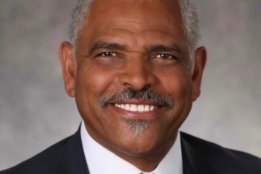 Arnold Donald, CEO of cruise giant Carnival Corporation, says he is "cautiously optimistic" the company will resume sailings in early 2021.

In comments made to the BBC, Donald said operations would begin a few ships at a time, while bookings for the second half of next year have been "robust."

"People really want to cruise when it's safe to do so," he added.

When cruise sailings do resume, a raft of new COVID-related safety measures will be introduced that could include additional medical screenings, physical distancing, and mask wearing.

"Our priority, of course, is to make cruising work in a way where we have every confidence there's no greater risk than if you were engaging in similar activity shore-side," Donald said.

But with COVID cases currently spiking, particularly in parts of Europe and North America, there is no clear timeline on a when cruise operations will realistically be able to resume.

From a financial perspective, in June Carnival said it was losing some $650m a month, and in September posted a quarterly loss of $3bn. To counter this, the firm has been selling ships and raised around $12bn from a series of share and bond issue schemes.

Arnold told the BBC that with zero revenue the firm could last until summer of next year.

The company has ordered an LNG bunker vessel capable of carrying more than 8,000 m3 of natural gas as well as 500 m3 of MGO.