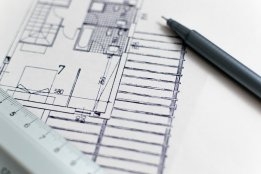 In its first study using the framework, the firm has assessed the pathways for transition to methanol, ammonia and hydrogen for the boxship feeder fleet in Asia. File Image / Pixabay

Classification society Lloyd's Register has developed a framework for assessing the shipping industry's pathways on the transition to alternative fuels.

In its first study using the framework, the firm has assessed the pathways for transition to methanol, ammonia and hydrogen for the boxship feeder fleet in Asia, it said in a statement on its website on Thursday.

"In all transition pathways, approximately 26% (by number of ships up to 2050) of the transition is achieved through retrofitting," the company said in the statement.

"This means that replacing vessels near the end of their lives with newbuilds fuelled by zero-carbon fuels is no longer sufficient to meet a net zero 2050 target.

"Instead, younger vessels in operation today need to be retrofitted to accelerate the uptake of zero-carbon fuels."

For the fleet analysed in the first study, the transition to ammonia propulsion would cost $44.5 billion, methanol would cost $51.5 billion and hydrogen $69.4 billion, according to the research. These figures compare with a base cost of $42.3 billion for continuing with fossil fuels, allowing for a carbon cost.

Saudi Arabia and Australia are likely alternative bunker fuel production locations because of a lower feedstock cost, according to the research.

The firm's vessel optimisation unit, VPS Decarbonisation, worked with Solstad Offshore to cut the fuel use of its ship the Normand Leader.

The vessel, controlled at the time by Greek interests, had been arrested on March 26 of last year.