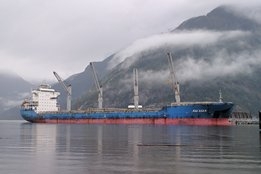 INTERCARGO has voiced its discontent at what it sees as shortcomings in the supply of IMO2020 grade fuel.

"It is extremely worrying that compliant fuels have so far been made available only in a limited number of ports and under unfavourable terms for voluntary early testing by ships, as Charterers/Operators are not currently obliged to purchase future compliant fuel. Hence, the practical testing of new fuels and crew training, which is only possible under real conditions aboard ships, is very limited and pushed to the end of year," INTERCARGO said in a statement Friday.

"This situation creates significant safety implications for the operation of ships, which could eventually threaten the safety of seafarers, ships, and cargoes, as well as the marine environment."

The group's complaint is presumably levelled specially at 0.50% max sulfur products. Compliant distillate products have been, and remain, available at virtually all world bunkering ports big and small, although it remains to be seen how this will be affected by shifting demand in response to the new sulfur rules.

A key issue for buyers is that compliant distillate fuels are more expensive than the emerging IMO2020 specific grade fuels, also known as VLSFO, being developed by suppliers.

However, VLSFO is shaping up to be a lot more expensive than the HFO vessels are currently lifting today, meaning there is little incentive to buy the new fuels now other than for testing.

The global sulfur cap for marine fuel drops to 0.50% from January 1, 2020, and some of those that have made VLSFO available now say demand is weak.

Many in the industry seeing Q4 as the time real demand for IMO2020 grade fuels will begin.

Still, INTERCARGO says it wants those new fuels to be made available for practical testing "well before the end of 2019", and has called on the bunker industry to provide the market with "significant volumes of compliant fuels at many ports around the world."

The group, which represents about 25% of the dry bulk fleet on a dwt basis, has also urged Charterers and Operators to start purchasing those fuels.

Complicating matters further is that a specification for the new fuels has yet to be released, and when it is, it will only be as a Publicly Available Specification (PAS) rather than a revision to the ISO8217 marine fuel standard.

INTERCARGO has also urged for the PAS to be released "as soon as possible" and additionally that ship Owners/Operators enhance their IMO2020 related crew training.

"Seafarers deserve our special consideration, as the industry will largely rely on their skills for managing the new compliant fuels aboard ships on the high seas to ensure a smooth implementation of this drastic change," it said.