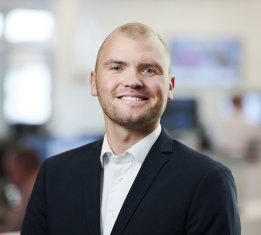 The company hired Thomas Jorgensen as a bunker trader at the start of August, it said in an emailed statement on Tuesday.

Jorgensen previously worked at consultancy Radiant in Copenhagen, according to his LinkedIn profile, and had earlier been a trainee bunker trader for Dan-Bunkering.

Jorgensen will now work as a fuel supplier in the company's offshore team.