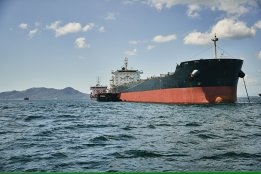 Bunker supplier Monjasa saw a 14% gain in its bunker sales in the first quarter as the shipping industry shifted into using new low-sulfur fuels.

Since the start of the year, Monjasa has required customers requesting high-sulfur fuel oil to produce either documentary evidence of them having a scrubber, or a fuel oil non-availability report, the spokesman said.

Monjasa is due to publish its annual report for 2019 later this month.

Don't Send Us the Bill for Carbon Taxes: European Shipowners

The ECSA has published its response to the proposal to include shipping within the EU's emissions trading system.

The ECJ may need to rule on whether the EU ban on jet fuel trades to Syria covered foreign governments and militaries.